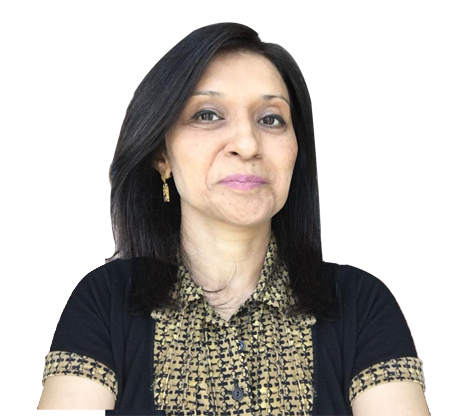 A Winnie The Pooh Moment

Have you ever received a damaged product from an online order ? During the pandemic when stores were closed, many of us relied on online delivery of groceries. I had ordered honey bottles of a reliable brand. They arrived on time but the bottles were broken, glass pieces had shattered and honey had spilled onto the packaging, all of which had to be thrown away. I remember reading…’What do you get when you cross a honey pot with Winnie the Pooh? An empty honey pot. What do you get when you cross a Pooh with a honey jar? A sticky situation.’ It was my Winnie The Pooh moment. I had both an ‘empty pot’ and a ‘sticky situation’.

The online delivery provider with its prompt refund policy accepted the problem when I called them. Trusting me completely, they issued the refund as promised within a few days while the customer service representative politely heard my request to convey feedback to the supplier to ensure better packaging next time. The refund process was very easy. No problem at all. Simply upload a photo proof of damaged goods on their site and make a phone call to a toll free number. No need to return the item. (In this case there was nothing left in a fit condition to return!)  Thinking it was just a one off problem, I reordered. After all, I had been a loyal customer of that particular brand of honey.

However, the exact same problem occurred again. Damaged honey bottles again. Empty honey pot again.  A sticky situation again. This was followed by: Another photo proof. Another phone call. Another smooth refund. Why was I complaining? Hadn’t I got my money back on both instances? Why should I be concerned about wasted time spent reordering, or going without honey? Hopefully this time the supplier would be given feedback. Shouldn’t repeat problem incidence be taken seriously? These were just some of the thoughts running through my mind.

As I still didn’t have honey, trusting the convenient online delivery agent, I again placed my order with them but changed the brand of honey this time. The strategy worked. Honey bottles came perfectly packaged just like eggs! I have now become a loyal customer of this other brand. I must mention that there has been an impressive further improvement in the refund process. No phone call is now required. The refund is given automatically.

As we all know a customer has many options. Should we consider doing a root cause analysis during problem resolution? Should we be extra careful with feedback loops? Because when we don’t take these actions, customers may give us a second chance but eventually even loyal ones walk away with their business to a competitor. Although it seems a pittance there is a financial loss borne either by the manufacturer, supplier or the online delivery agent to compensate the customer with a refund for damaged goods. However isn’t there a bigger loss in this case where a seemingly small packaging or handling error has cost the company its customer?

Was there an opportunity for an enabled employee to create magic? Can we stop a customer from walking away to competition? Was there a chance to be next time right  here, especially when a first time right customer experience was not delivered?

Catch Me If You Can

Have you ever been put on hold on a customer service toll free number? How did it make you feel especially when the matter was very urgent?

I had received a SMS for a debit on my international prepaid travel card, even though I was not traveling at the time. This meant someone was using my card even though it was physically with me. Panicking, I immediately called the toll free number prominently displayed at the back of my card. It took a while for the call to be picked up but I felt some relief knowing that there was a 24 X 7 service & was confident in dealing with the fraudster’s ‘Catch Me If You Can’ challenge!

Did I expect too much?

After an initial greeting, and listening to my panic, I was asked to wait, while being transferred to the concerned department. What followed was a long hold with customary music. I was surprised that my call had to be transferred. All I wanted was for my card to be blocked. Surely that could have been done since my ID had already been verified?

Would some empathy have calmed me down?

While I was on hold, there were a few more fraudulent debits. The available balance was falling right before my eyes. I was witnessing a fraud happen live, quite helpless as I was still on hold. Soon the balance became zero, all the money was gone & so were the hopes of ‘catching’ the thief.

If only the call had been picked up in 3 rings, if only the employee had the authority to act immediately & block the card, instead of transferring the call, if only there was a provision to block the card myself online or via SMS…if only…if only… I would have not only saved money but stress, not to mention valuable time.

In all fairness, thanks to a resourceful relationship manager who would start taking action during banking hours the next day, the balance in my travel card was restored but it took several weeks  including numerous follow ups.

While it may seem a pittance, there is undoubtedly a financial loss here born by the organization!

Yet, do we consistently take actions that prevent problems?

Would setting up an efficient process have helped solved the problem effectively? Would consistently delivering the process have ensured a timely transaction & smooth customer interaction? Could customer dissatisfaction have been prevented?

Was this an opportunity for an enabled employee  to create magic? Can we make First Time Right a priority?